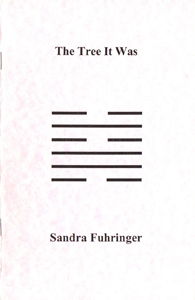 Sandra Fuhringer is a past president of Haiku Canada. This chapbook, part of the Hexagram Series (King’s Road Press, 2002), takes as one of its themes the confrontation with illness—something with which she is all too acquainted with—and, in a larger sense, recovery from it, as well as from what is.