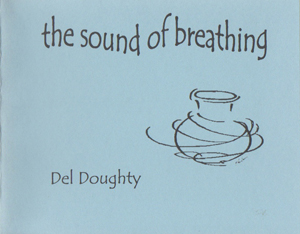 Del Doughty’s touching chapbook was one of the winners of the Virgil Hutton Haiku Memorial Award for 1999-2000 (Saki Press). This short-lived project actually brought several of the best chapbooks of the turn of the century into being, including this one.