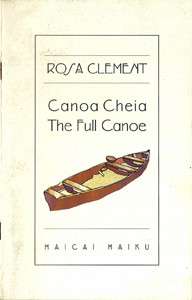 Rosa Clement is one of the leading voices in Brazilian haiku, but her work has been known around the world since her first appearances online more than two decades ago. This early volume (Helionaut Press, 2001) offers poems in both Portuguese and English.