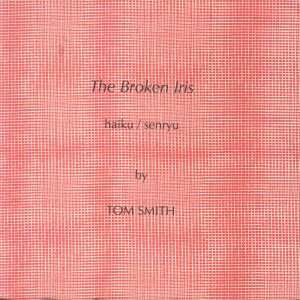 Tom Smith is an accomplished novelist, anagramist and long-poet who turned his attentions to haiku in the late 1980s. His first collection, The Broken Iris (Persephone Press, 1990), captures well his sensibility and thematic interests: gentle images of the natural phenomena of Vermont, and vignettes centered on family, and in particular the adventures of his two boys.