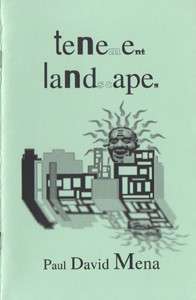 Paul David Mena is one of the first haiku poets to make a smooth transition from primarily internet exposure to the print world. This, his first book (A Small Garlic Press, 1995), affords glimpses of many of the themes he would subsequently make his own.