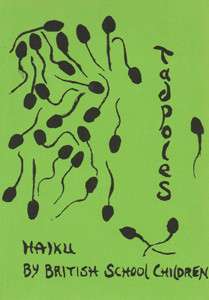 In 1998 The British Haiku Society invited every school in Britain and Northern Ireland to send poems written by their students for their consideration, so they might judge how well their Haiku Teaching Kits were doing. The result was this charming volume (1999).