In addition to being a poet, in The Haiku Circle, we learn that Jack Barry is also a dedicated gardener, banjo player and Vispassana meditator. In addition to Swamp Candles, Jack has also published All Nite Rain; After the Eclipse, as well as a novel, The Hermit’s Handbook.

In the Swamp Candles Introduction, Jack writes, “What, more haiku? You might think that a world staggering under its own weight couldn’t bear even one more ‘slim volume.’ Maybe it’s because I’m left-handed, but I think that efforts such as these—solitary, slow, unpaid and barely noticed—can do more to lift to the world than drag it down.”

Examples of his haiku include: 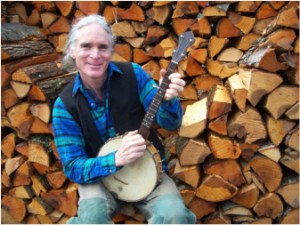 my breath
on cold glass
watching for you

breaststroke together —
the creaking water wheel
at the old mill pond

looking up the name
of the wildflower
i just trampled