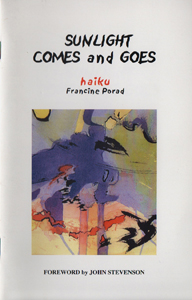 Francine Porad was a painter before she was a haiku poet, and she often combined her talents in her numerous publications. This volume (Vandina Press, 2004) represents her at a mature stage in both arts.