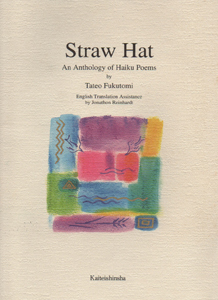 Tateo Fukutomi published this book (Kaiteishinsha, 2000) in Japanese and English, a commonplace now but relatively rare at the time. The interplay of naturalism and whimsy is to become a regular feature in contemporary Japanese haiku in translation.