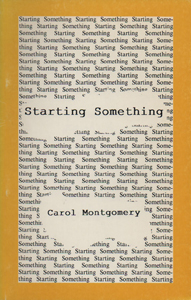 Carol Montgomery wrote some of the most memorable senryu in the language, many of which appeared in this volume (Los Hombres Press, 1992), so it is disappointing that she has been absentee from the haiku world for more than a decade.