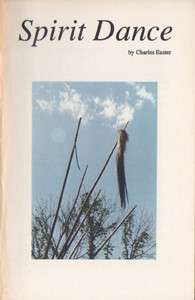 Charles Easter founded and edited the journal black bough, an influential and beautiful if short-lived journal at the end of last century. He was an early exponent of haibun in English, which comprises much, though not all, of this, his first volume (self-published, 1997).