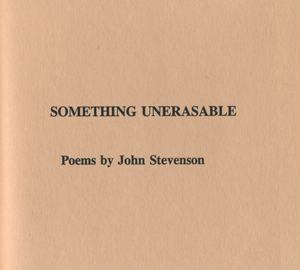 John Stevenson has put out so many great books that is may be hard to remember his first, Something Uneraseable, self-published in 1996, and already replete with his characteristic trenchant observation and justesse of phrasing.