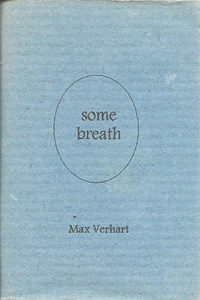 Max Verhart has been a champion of English-language haiku in Europe for more than two decades. This beautiful tiny chapbook (from Wim Lofver’s Radish series, 1999) gives the flavor of his early work.