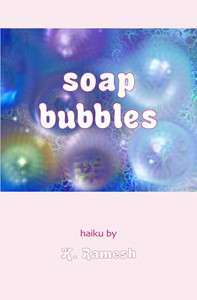 K. Ramesh has an irrepressible childlike sensibility in his poems, evidenced in this, his first full-length collection (Red Moon Press, 2007), that reminds us that the world is only complicated through our making it so, and that there are rewards to our not doing so.