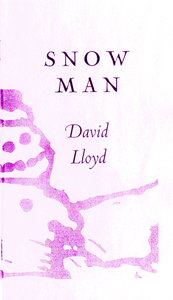 David Lloyd’s charming book (No Press, 1999) is dedicated to Raymond Roseliep but in fact was intended for his children and grandchildren. It’s a combination of haibun and haiku, all on the theme of the title.