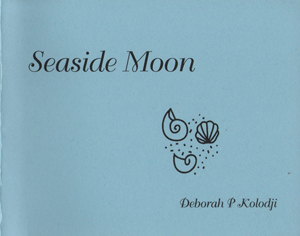 Deborah Kolodji was a Virgil Hutton Haiku Memorial Award Chapbook Contest Winner with this volume (Saki Press, 2004), which centers on the topography and features within a few hours’ drive of Los Angeles, and the people therein.

sunset over the water anniversary