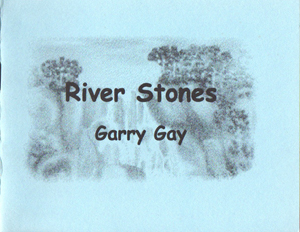 Garry Gay has made his living as a photographer, and this visual orientation strongly affects his way with haiku. He has also acquired a reputation for his senryu, though it is in haiku that he has consistently found his deepest expression. This tight collection (Saki Press, 1999) was a Virgil Hutton Haiku Memorial Award Chapbook Contest winner, and an excellent gathering of his best work to that time.