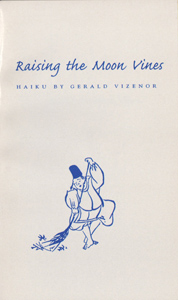 Gerald Vizenor is the best-known Native American proponent of English-language haiku. This was his first full-length book, its original version being released in 1964 (Callimachus Press).