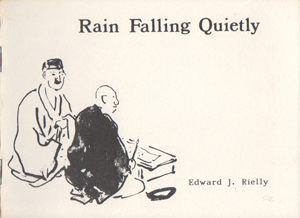 Edward Rielly wrote this meditative book (Wind Chimes Minibook, 1985) partly in thrall to Basho’s Oku no Hosomichi, which he quotes and to which his poems respond.