Steven Carter was an emeritus professor of English and a Senior Fulbright Fellow at two Polish universities. He authored more than forty books and was the recipient of numerous literary awards. Steven also wrote an interesting article on the origins of haiku and haikumania in a 2011 issue of the Stanford News. 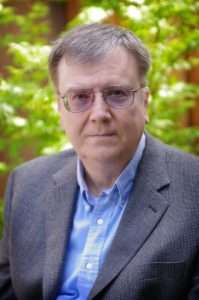 The mime’s funeral A moment of silence please

Scratching one foot with the other

Ocean in the DropSteven CarterThe Haiku FoundationTHF Book of the Week