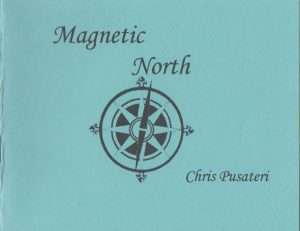 Chris Pusateri grew up in Jamaica but lives in Mexico City, where he teaches English for business environments. His Magnetic North (Saki Press, 2000) was a winner (1 of 4) of the Virgil Hutton Haiku Memorial Award Chapbook Contest in 1999-2000. His love of jazz has informed his haiku, and made him more aware of the musicality of the language in general, as is evident in these examples.