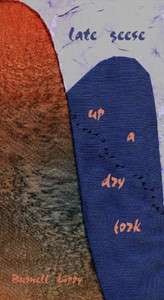 Burnell Lippy has that rarest of things in haiku — an unmistakeable voice. His poems have a verbal aridity that belies their grounding in things as they are — that is, in the stuff of life, in all its succulence. late geese is his only full-length book (Red Moon Press, 2003) to date.