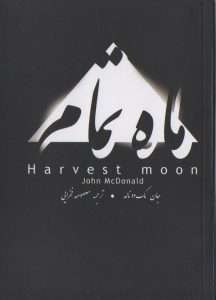 John McDonald has long been a champion of Scots haiku, but Harvest Moon (shamlo.pub, 2007) is a much stranger offering than that — bilingual, to be sure, but English and . . . Farsi! McDonald’s themes remain much the same, however, rooted as they are in the natural world and its powerful effects on its human inhabitants.