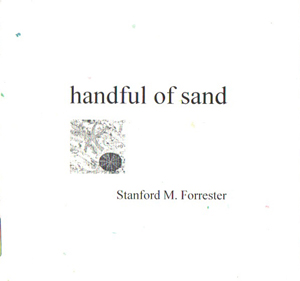 Stanford M. Forrester has (since 1999) published and edited bottle rockets, a consistently gentle journal of haiku. For this same period and longer he has been one of our most consistent voices, in that same gentle and often lightly humorous vein tinged with melancholy. This early chapbook is an excellent introduction to this work, as well as this sensibility (bottle rockets press, 2001).