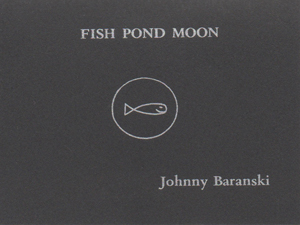 Johnny Baranski is best known for his protest haiku, especially warning of the dangers of nuclear energy proliferation in all its various forms. This attractive chapbook (sunburst matchbooks, 1986) captures another side of him altogether, a lighter mood as he takes us camping and fishing. The book, like all in this series, is hand-scripted and -assembled.