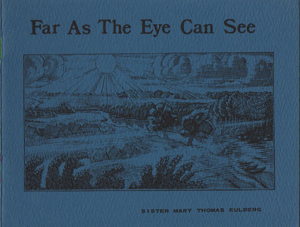 Sister Mary Thomas Eulberg was perhaps the most talented of the many Catholic nuns who have advocated haiku, especially in the 1970s and ’80s. Eulberg was particularly interested in people, as is evidenced by this attractive chapbook from wind chimes press (1983).