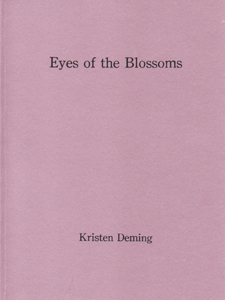 Kristen Deming learned haiku from the source–in Japan while her husband Rust was Chargé d’Affaires there in the late 1990s. This small, beautiful booklet was one result of that first contact with the genre, brought about in part through the ministrations of Yatsuko Ishihara, who has had much further influence, in his quiet way, on the development of haiku here.