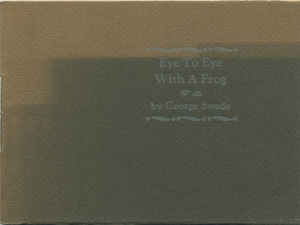 George Swede has been producing world-class haiku for four decades. Some of his best-known pieces came from this modest chapbook from Juniper Press in 1981. Note his adoption of the one-liner, a relative newcomer at that time.