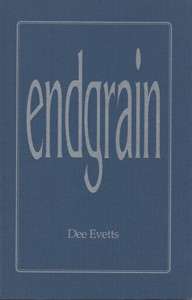 Dee Evetts has a considerable stake in the history of English-language haiku—co-founder of the British Haiku Society, curator of the Haiku on 42nd Street project—not least by his nuanced, soft-spoken poems. endgrain (Red Moon Press, 1997) marked his coming to his full flight of powers, and won a Merit Book Award from the Haiku Society of America.