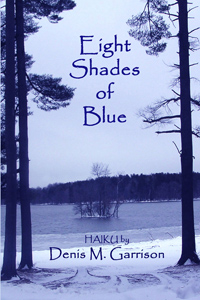 Denis M. Garrison has made Modern English Tanka Press one of the best-known brands in haiku publishing, but he also has made innovative contributions to the genre in terms of form and content. In this book (2009) he supplies a quantity of haiku noir and crystallines, along with the theoretical underpinnings for them, as well as tanka, sequences, and more traditional poems.