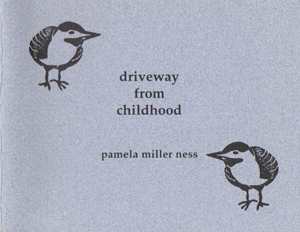 Pamela Miller Ness is a former officer of the Haiku Society of America, and an accomplished haikai poet. Her later work is primarily in tanka, but this chapbook of haiku from 1997 (small poetry press) displays her talent in that genre as well.