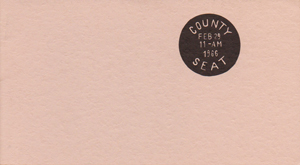 Clement Hoyt’s mordant humor, centered on the mores of a small town and mediated through the central character of the scarecrow, is on display in this, the first book of senryu written in English (American Haiku Press, 1966).