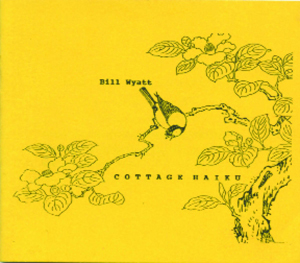 Bill Wyatt is one of the best-known British haiku poets, particularly identified with this sort of “just-so” poem that reflects his long association with Zen.