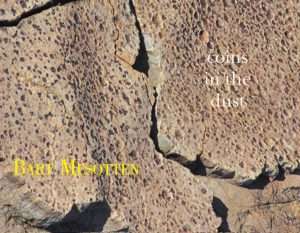 Bart Mesotten was central to the development of haiku in the Netherlands, and consequently in Western Europe. He was also a Norbertine priest, and so continued the interesting relationship haiku has had with the clergy. coins in the dust (Red Moon Press, 2013) was produced posthumously, in Dutch and English, in honor of his many contributions to the genre.

Bart MesottenBook of the Weekcoins in the dustThe Haiku Foundation