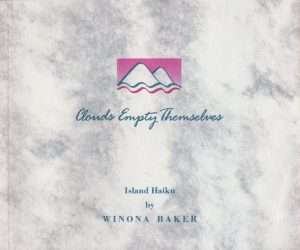 Winona Baker, a native of British Columbia, celebrated Vancouver Island in all her work, and never more convincingly than in this brief chapbook, subtitled “Island Haiku” and produced by her own Red Cedar Press (1987).