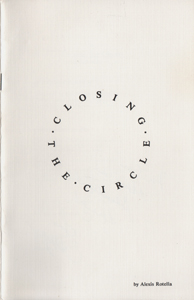 Alexis Rotella made her mark particularly in two realms, psychological haiku and senryu. This volume from 1982 (Muse Pie Press) shows both of these aspects of her work, along with the second-most famous one-word haiku in the language.