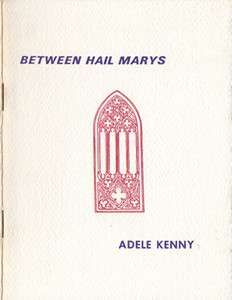 Adele Kenny’s very brief chapbook (Muse Pie Press, 1986) reconstructs the gruesome murders of four women in San Salvador in 1980. Given its brevity and its narrative, we offer only two poems and urge you to view the entire book.