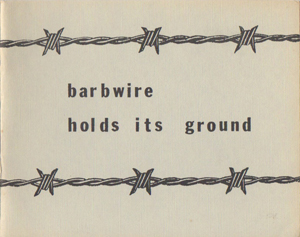 Randy Brooks has spent his whole life in the midwest, and the rhythms and themes of farming and broad vistas informs his best work. This early chapbook (1981) is from his own HIGH/COO PRESS, predecessor to Brooks Books.