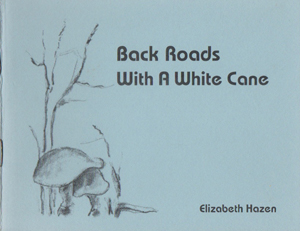 Elizabeth Hazen’s haiku is strongly conditioned by the fact that in the 1990s she totally lost her sight, regaining only some portion of it a few years later. As a consequence, she is more deeply aware than most of the fusion of the senses, and of how visual a species we are. This chapbook won the Virgil Hutton Haiku Memorial Award Chapbook Contest (Saki Press, 2002).