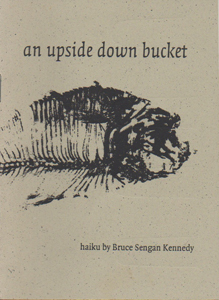 Bruce Kennedy is a former editor of Frogpond, the membership journal of the Haiku Society of America. He is also an accomplished poet in the traditional mode of haiku, as evidenced in this short book of poems from Hermit’s Eye Press (2000).