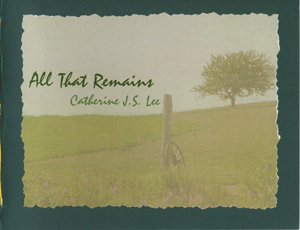 Catherine J. S. Lee made a splash with her beautiful debut chapbook, All That Remains (Turtle Light Press, 2011), revealing a probing sensibility and a sharp eye for gesture and metaphor.