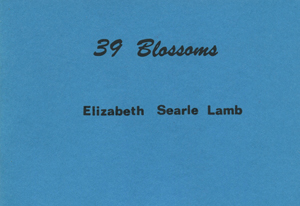 Elizabeth Searle Lamb’s earliest published haiku date from the 1970s, well before her time as editor of Frogpond. Here is some of that early work, from High/Coo Press in 1982.