Sails is a section of troutswirl that is devoted to presenting questions for discussion and debate on the nature and possibilities of haiku. Sails will be overseen by Peter Yovu. For an introduction to this section, see Sails. 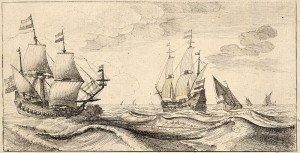 Haiku? Senryu? Something else?

You have probably noticed, under Viral 4.3 and Periplum #3, an ongoing discussion about a poem by Penny Harter, much of it centered around whether it is a haiku, a senryu, or something else. In this Sailing, I would like to continue and broaden the discussion somewhat. The central question is this: do these considerations help or hinder the understanding and/or enjoyment of a poem? In what ways?

As evidenced in the Viral and Periplum discussions, some people feel that the distinction is important. Others do not. But chances are, those who do not have studied the distinctions, and probably have even, for a while anyway, kept to them in their writing, or as guidelines for reading. Here then are two related question: how important is it for newer students to learn the distinctions and to practice them? How important was this for you?

This is an open forum of course, but I believe the most helpful approach here may be a personal one. If your imagination is best served by staying within certain bounds, it would be good to hear how that works for you. And similarly, if it is best served by testing the bounds, how does that work?

I feel it would be quite enlivening to see a poem or two which, like the Harter poem, may yield to us dimensions otherwise missed without this kind of examination. So please feel free to introduce (or re-introduce) to us such work. At some point, I may do that myself with a famous poem by Chiyo-ni. I hope looking at it in this light will be fun and perhaps instructive. But maybe I won’t need to.